We all know dogs love to smell other dogs’ poop. Even though they possess a keen sense of smell, they still find the need to get up close and personal which can be pretty gross. Usually, it stops at the nose, but some dogs take it to the extreme and actually eat it! We’re going to get into why dogs eat poop and what you can do to train them out of the habit.

Why Does My Dog Eat Poop? Real-Life Experience

My first experience with this disgusting habit was with my toy poodle, Truffles. He possessed all the qualities you’d expect in a poodle: intelligent, entitled, and handsome. Yet, his intelligence didn’t extend to poop.

He loved poop. Not just any poop, he was quite particular. He preferred ferret poop, but as a connoisseur, it had to be at its peak! To Truffles, that meant it had to be nice and crispy!

As a Ferret mom, he had easy access. He’d sneak to the litter box and select the specimens he found were just right. In all fairness to Truffles, ferrets do have a very short digestive process. The food they consume moves through them rapidly and not entirely digested—retaining much of the original food’s properties (smell and taste). The ferret food contained a lot of fish and was quite aromatic. I caught him in the act a few times before I found a way to block his access.

My second experience with a poop obsession was when I was a dog walker. Most of the dogs I walked were interested in exploring the deposits left by other dogs, lingering as long as they could. But there is one instance in particular that I will not soon forget.

I was walking a Frenchie around the neighborhood. Everything was going well until he picked up a stick—about 5 inches long and about an inch in diameter. At least I thought it was a stick. I immediately started to take it out of his mouth. But, instead of it coming out in one solid piece, it broke softly in two. It was then that I realized it wasn’t a stick. You can imagine my reaction!

So, Why Does My Dog Eat Poop?

The scientific name for dogs eating poop is coprophagia (kop-ruh-fey-jee-uh). Veterinarian Benjamin Hart(from the University of California, Davis) reported some interesting findings on this phenomenon:

Dr. Hart’s theory is that eating poop is a natural instinct for some dogs dating back centuries. Basically, some dog’s poop would contain parasites that would initially be harmless but would birth infective larvae after 1-2 days. So in order to protect the pack from these parasites, dogs would eat each other’s poop to prevent the larvae from being born. An interesting theory that does not make the act any less disturbing.

If your dog suddenly starts eating poop out of nowhere, it may be due to an environmental stressor such as isolation, confinement, or anxiety. Dogs are very aware of their environment. They learn what a regular routine is and are comfortable when they know what to expect. When there’s a change, even a minor one, your dog will know and will react in some way—even if you’re not aware of said reaction.

For example, if you need to keep your dog in another room more than you usually do, this change can trigger poop-eating or other unwanted behaviors. This causes your dog to feel more isolated and in turn more stressed, which causes them to act out.

Anxiety can also lead to behavioral changes. This can happen if your schedule is altered and you are away from home more frequently or for more extended periods of time. It can also occur with the arrival of a new family member—human or pet.

If your dog is eating his own poop, it may be to hide the evidence. If your dog knows he will be punished for having an accident in the house, he may see this as a way to avoid reprimand. Make sure you use positive reinforcement during your potty training so your dog won’t feel the need to “hide the evidence” so to speak.

Have any other tips that helped you curb poop eating? Let us know in the comments below. Be sure to become a Spotter to get more training tips every week. 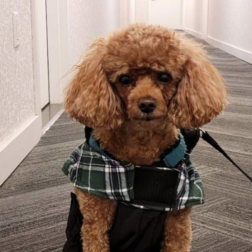 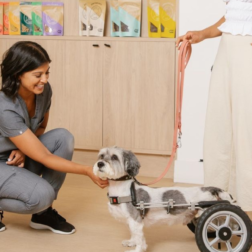 Perks of Adopting a Dog: Free Services and Discounted Offerings from Vets in NYC 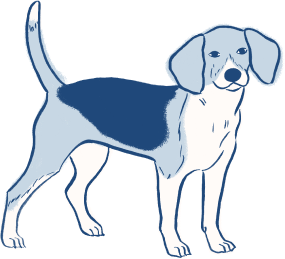